There are many vehicles are spotted in GTA 5, like fastest cars, cars & bikes and some other special vehicles too. Buzzard (helicopter) is one of the most used and fastest vehicle considered in the game. So you have to try once in your GTA 5 gaming session. 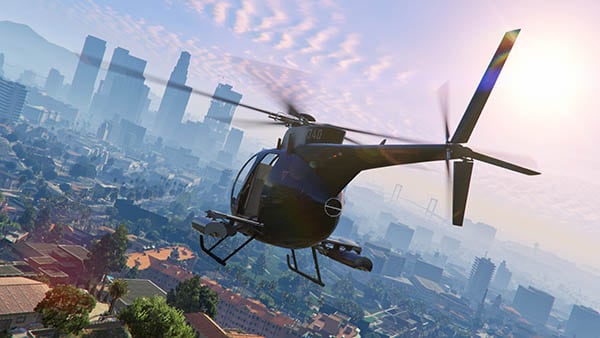 It’s fun to ride a buzzard in this game which is also known as GTA 5 helicopter or chopper. Its small and compact size but the destructive vehicle. Its also used by armed forces in many missions in the real world.  It’s one the fastest vehicle to travel between one point to another point within no time.

This PCJ bike is not a regular bike, it has also some speed when you need it badly. But it did not require your full attention when you are riding it on full speed as other sports bikes required.

How to apply cheat code to spawn a helicopter in GTA 5?

There are different ways to activate GTA 5 cheats for PC, PS4, PS3, Xbox One, and Xbox 360. You can also activate the cheat code from your in-game cell phone too. Each of them is separately mentioned below, so follow the pattern and gets a chopper in the game.

Helicopter cheat for GTA 5 patterns are: